RH07- The love of children turned into business 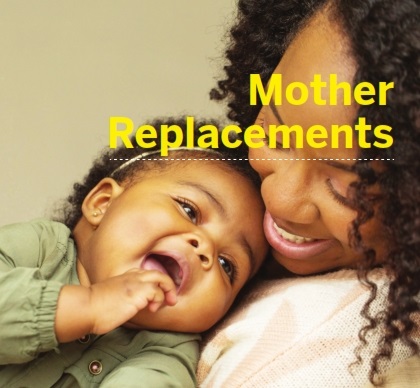 Mrs. Lubber had a lot of love for children. She turned a one-time request to take care of children while their parents went into holiday into a blossom child care enterprise called “mother replacements”. This resulted into a boom of baby-sitting services, day care and so on. This venture became lucrative that she opened branches and hired helping hands, charging a percentage of income generated from the branches.

If you like young people, we might as well bring up the case of Mrs. Lubber, whom Bob met several years ago at the home of his sister in Oklahoma. He had stayed with his sister for several weeks and as a way of payment suggested that she and her husband come with him for a week in New Orleans to take in the Mardi Gras. Bob hesitated because of her three children, since Mardi Gras is not exactly the sort of shielding for youngsters Vivian had a solution though.

She called in Mrs. Lubber. The children, at that time, were two, four and eight years old, but that did not faze Mrs. Lubber a moment. She was what Vivian called a “Mother Replacement” and that is exactly what she was. She stepped into the house and took over everything: cooking, shopping, cleaning, laundry, coupled with getting the children off to school.

Everything. Bob said Mrs. Lubber was a fifty-year old woman. As Bob knew it, she had had several children of her own, now grown. She and her husband were “retired” and she used this method of picking up extra money to stretch out his small pension. She made about $250 a week, plus, of course, her keep while taking over a house and family. She loved children, they loved her. Actually, it was not “work” for her in the ordinary sense of the word.

Evidently, Mrs. Lubber was an institution in Vivian’s town. Every couple who had children whom they wanted to leave for any length of time from a week to a month or even longer, would simply call in Mrs. Lubber to take over. Originally, she had had ads in the local newspaper, but now that was no longer necessary. Every woman in town, who could afford her services periodically, knew about her. Mrs. Lubber had far more business than she could handle. In fact, amusingly enough for this gentle, motherly looking type, she was beginning to branch out. When she had a job she could not handle, because she was busy, she turned it over to one of her two sisters AND CHARGED THEM A PERCENTAGE! And that’s commercialising motherhood (even though only a “Mother Re-placement”), if Bob ever heard of it.

Bob sister’s town is a small one. The situation that has brought on “Mother Replacements” is nationwide. Let’s face it. Children are often a handicap in the world as we find it today. Bob observed that this case is not a deplorable situation, he thinks it is: but it is nevertheless real. To maintain the standard of living which we have been told is too often necessary, both husband and wife must work, even when several children are present in the family. And again, the pressures of modern life are so great that unless both husband and wife have periodic “vacations” from their young ones, they often find themselves unable to cope with them.

In developed countries, servants are currently so expensive that only the quite wealthy can usually afford them; which has led to a great boom in such institutions as: baby sitters, day nurseries, and “Mother Replacements.”

You may know so many examples of these that Bob is not going to list further. However, he might mention that if you are interested in a small income, after retirement, as a rule, parents prefer an older woman, or even a couple, to interact with the teenagers with whom they usually have to put up.

You might well consider one branch or another of this “surplus” children situation. Pay is usually $20 to $25 per hour for baby-sitting in developed economies of course much lower in developing countries; and often parents will bring the children to your house. You can watch several of them at once. Bob mentions that he knows of quite a few people who have “retired” on no more income than that realized from a full-time baby- sitting business. How about you? Is it something to think about?