Get a Jumpstart on Retirement: Increase Your Earning Potential

Most people do not use their biggest resource to the fullest.  That resource is themselves.

The fact is, most people do not like their jobs or their “careers”. They go to work because they have to, not because they want to. As a result of not wanting to go to work they do not put in the effort to help them make more money, which is understandable. James was one of that type of people for the first nine years of his career. He always talked about doing something he enjoyed but never did anything about it. He would come home from work mentally drained, after having spent ten hours committing to a job he hated. He understood the cycle most people go through. 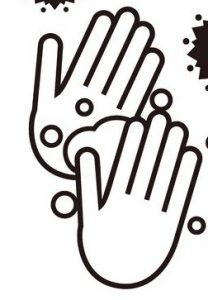 How do you break this cycle? The first thing you need to do is to want to change it; and then to take action. He talked about it for years and did nothing. Then he finally could not bear his situation anymore. Now he is making three times more money than he made at his previous job. And, it is not only about the money, he is happy to be doing something he enjoys. It is not work for him: to put in a few extra hours, like it was before. He no longer sits behind a gray cubicle wall. He no longer has to do things he does not believe in; just because his boss told him he had to do them. He is no longer accused of not being a team player because he did not attend a work event.

Look at this analogy. A carpenter is starting to frame a house and he only has a screwdriver. Sure, he will be able to bang in the nails with a screwdriver. It will take a lot more effort; and be much less efficient, but it will get done eventually. Once he picks up the hammer, or even better, an air hammer, he will be much more productive and happier. If you show up at your job (screwdriver) because that is all you have you may make a nice living, you may be able to pay your bills, and you may get to retire in the future. It is only if you find your perfect job (hammer) that you will be much happier in life, be more productive, and get much more out of life than if you stay where you are now.

What most people do not realise, as the biggest roadblock to their success in most cases is their own mind. Many people have either grownup with a lack of support from parents; or they get mentally beaten up by bad managers at work. Poor self-image is one of the major reasons why people fail in life. This has led them to believe they cannot do anything; so, they do not even try.

If you are serious about improving your life, I recommend that you read “See You at the Top” by Zig Ziglar. This book will show you the reasons why people fail; and what you need to do in order to succeed. The best news is that you have hope. You are a couple of weeks away, if you read at least one book on this issue to improve your life and your earning potential. Is it not time for you to make a change now?