The working person would sooner or later have to step down on the given task that he or she has been accustomed to. The work that has evolved into a job and eventually blossomed into a career became a part of the working person’s lifestyle. Definitely, when that fateful day of ceasing the intended work arrives, the person would at least want to have something memorable to take home and be a reminder of all the years that passed. Retirement gifts would be the perfect thing to have. This would definitely be more than just money’s worth.

There are many types of retirement gifts which reflect the manner of career the retiring person has experienced. These are then categorized in different manners according to the characteristic of its presentation.

A way to categorize retirement gifts is the industry from which the retiree came from.

May it be bad or good, the affinity of a retirement gift would be much more valuable if the gift itself is a manifestation of the work that was rendered service. For example, retiring army personnel would probably want to keep something which is related to the army. A doctor who is about to formally end his practice in the medical profession would most likely want to have a recognition party or perhaps a medically related thing with his name engraved on it to let everyone know that he was once part of the medical practice profession. 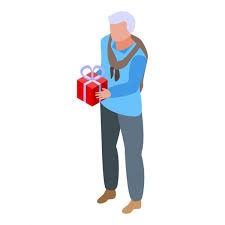 A retirement gift comes in two categories: A thing or something non tangible. The former may be a memento, memorabilia, and plaque of recognition, trophy, or any other thing which may be kept and be shown to others to signify and indicate the retiree’s service to a specific business endeavor. The latter is more of a one-time event, but still eternal nonetheless such as a commemorative party, celebration or public salutation to let everyone know of the finished task. A combination of both would actually be better to fully complete the acknowledgement of a person’s service and thus would make that person feel at worth.

Retirement gifts should not be expensive though as the value is not equated to the amount of money that was spent in allowing it to manifest. The important thing in giving out retirement gifts is the amount of love and care that was put into getting it. Even if it would just be a small token or a simple party, the manner of how it would be presented is much more heartfelt.

Besides, the retirement gift’s effect on the retiree’s self-esteem will not end after the actual presentation. As long as the retirement gift is remembered, all the work experience and the value to which it was done throughout the years will keep the retiree summoned up and eternally reminisced.